While we may think we’re unique in living through such turbulent times, 2019 does not have the monopoly on awfulness. In fact, compared to the last years of the Sixties, we’ve got it easy. In 1969 tensions ran high – the Vietnam War continued to rage pointlessly on, while protests by students desperate to stem the carnage would turn violent as the establishment, angry at having their authority challenged, pushed back with sometimes deadly results. A stream of high-profile assassinations added to a decade running with blood.

And then, in the midst of this, here’s a Beatle in bed with his new Japanese wife, herself assassinated by a racist, sexist media (oddly only lightly touched on in this play – the level of misogyny and racism Yoko faced remains shocking and still goes unchallenged).

Bed Peace: The Battle of Yohn & Joko is a semi-fictionalised account of John Lennon and Yoko Ono’s week in bed in a luxurious Montreal hotel – their infamous Bed-In that spawned, if not peace, then plenty of cultural kindling – that mixes real-life events and verbatim script with myth, pop culture and lyrical references. 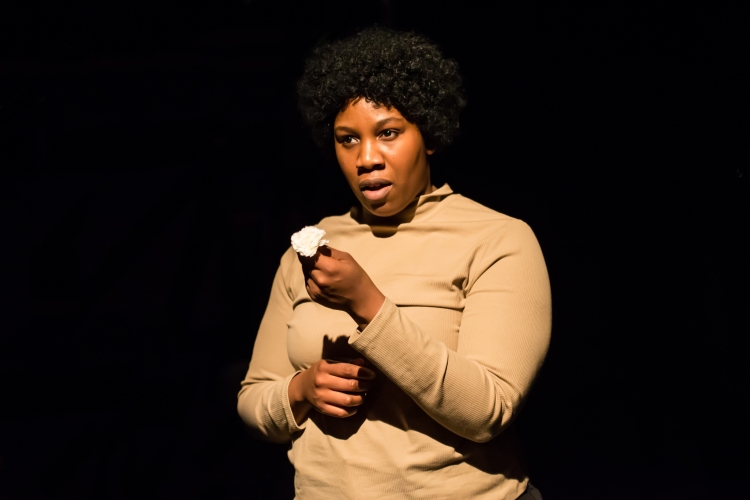 Directed and devised by Rocky Rodriguez Jr. this Craft Theatre production is a lively, spirited play that uses John and Yoko’s sit-in as a vessel to explore racism, and to a lesser extent feminism, where Lennon becomes, briefly, the straw man, the privileged white man who is clueless – almost willfully blind – about the hardships of others. What can they achieve by sitting in bed in Montreal’s most expensive hotel, asks one of the characters?

The first half’s central scene climaxes with a powerful set piece as two African American characters struggle to convey  to an ignorant Lennon – and a gloriously awful example of ‘jeans & sheuxsss’ – how the civil rights movement may have given them the legal right to sit anywhere on the bus but hasn’t moved people’s prejudices on and they remain trapped by the injustices of societal racism. Amelia Parillon gives a spectacular performance in this scene, stunned to tears by the claims of white men that her fight is over, diminishing her experiences as a black woman with glib ‘we’re all equal now, love’ asides.

These are some big themes for a play about a pop star in bed, but this Craft Theatre production does successfully teeter on the edge of pulling off, helped along by some clever meta moments – (Lennon singing ‘Royal Britannia’ to Yoko surely a nod to the bath scene in Hard Day’s Night) and interweaving of lyrics, not all of them from songs written before March 1969.

These moments can’t quite help the production sagging in the second half, there’s a clear case for editing the play into a neater 90 minutes. But the rousing finale of ‘Give Peace A Chance’ – don’t go if you don’t like clapping along awkwardly – lifts it up again and suddenly everything seems OK in the world, at least until we step outside into our own divided society.