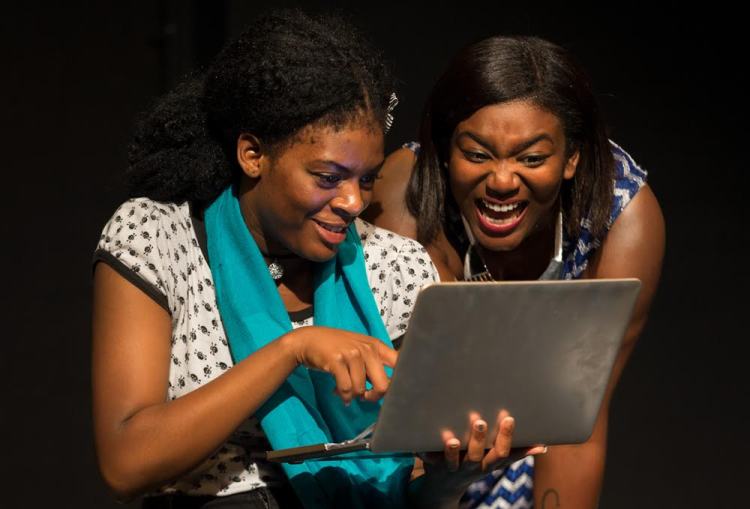 Generation Arts. “Half Of Me”.

Generation Arts isn’t just a worthy cause. The pre-drama school established in 2012 by Ali Godfrey not only gives disadvantaged young people access to acting training, but also highlights real talent that may otherwise get lost in the increasingly privileged world of theatre.

Half of Me is a collaboration between Tamasha Theatre Company, the Centre for Family Research at Cambridge University and Generation Arts. With a grant from the Wellcome Trust, this is a play with a science background.

It’s a very modern play about Areia, a teenager born through ART (assisted reproductive technology) struggling with her identity after she discovers the man she calls dad isn’t genetically related to her.

For a treatment as common and as assimilated into our culture as IVF and other ART treatments are , they are rarely discussed beyond conception. This play gives a voice to young people born through this method and explores the ethical dilemmas posed by those involved.

Half of Me also shines a light on the diversity of the modern family. The notion of mum and dad and 2.4 children is so Brexit;  the characters in this play are loved and cared for by parents who explode the myth that the nuclear family is the only family.

If this all sounds terribly worthy, it’s not. Half of Me is warm, funny and engaging. Satinder Chohan’s poetic script, peppered with rhyming couplets, and the fluid, inclusive staging of Generation Art’s founder and director, Ali Godfrey, keep the tension taunt and the action moving so it’s the people, not the science, we’re involved with.

Areia’s journey, both literal and metaphorical, is chartered under the audience’s watchful eyes and the ‘chorus’ – every member of the cast is on stage at all times – lending the production a punchy, Greek theatrical feel (Areia’s family come to Greece for ART treatment; Areia is obsessed with Greek art).

The cast are all engaging, but it’s Erica Kouassi as feisty, independent Areia who grabs your attention. Her Areia is ballsy, but fragile, determined but compassionate. She’s one to watch.

Half of Me is a play with a big heart and a lot to say which it does with tremendous heart, compassion and fun.