This tale of a family reunion seething with resentment and disappointment may not hit the heights of Enright’s finest, but is still a literary joy 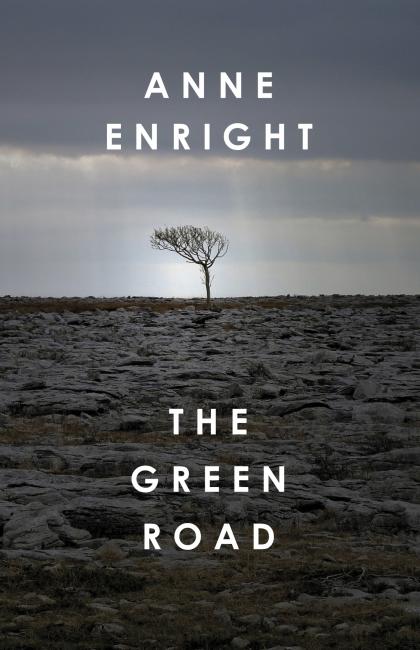 Anne Enright excels at the sort of novel where everyone hates each other, but who are all ultimately bound by a shared history, communal self-loathing and, even, love.

Enright’s novels are usually set within the raging heart of a family where the protagonists seethe silently – and sometimes not so silently – with unresolved jealousy, unspoken traumas and petty feuds. I love her novels, seeped as they are with disappointment and unfulfilled dreams. Real life in other words, but told so much more eloquently than our own; in Enright’s novels, the everyday is elevated to art.

As in all the best novels, little happens in The Green Road. Like other Enright books it’s character led, although the plot is always on the cusp of kicking off, that simmering resentment within the nuclear family threatening to explode. The Green Road, in Enright tradition, doesn’t follow a neat narrative cliche; when you think you know what’s going to happen, Enright changes down a gear and the result is far less dramatic – and yet somehow more dramatic – than you think it’s going to be.

Everyday life and its blandness is reflected back at us with Enright’s illuminating prose. In The Green Road, the spotlight falls on the Madigan family. There’s Constance, overweight, kind, put-upon; the youngest (and the prettiest) Hanna who finds solace for her shattered dreams in a sherry bottle while second son Emmet tries to heal real wounds in the developing world, but can’t mend his. (I wasn’t convinced by Dan, the gay oldest son who runs off to the New World, he seemed a bit uneven, a little lightweight).

Their backstories lead us to a reunion at the family house in County Clare in 2005, herded back home by their infuriating, magnetic mother, Rosaleen. Her character is established at the beginning of the novel, set a couple of decades before the ill-fated Christmas reunion, when she takes to her bed after Dan tells her he’s going to become a priest (mothers in literature Who Take To Their Beds is one of those Things That Happens In Novels, like it always being a hot summer). Rosaleen is a childlike, snidey woman who her children are desperate to run away from (New York, the developing world, the bottom of a bottle, biscuits) but are so shaped by her that they can never truly escape.

Despite great acclaim (including another Man Booker Prize nod) The Green Road fell a little flatter than her previous novels, the wonderful The Gathering and the equally startling The Forgotten Waltz (her selection of short stories, Yesterday’s Weather, is also excellent), it never quite pulled me into its snare in the way her other books have. But with Enright’s writing as its star, it’s still a novel that is as lush and stimulating as the Irish countryside.