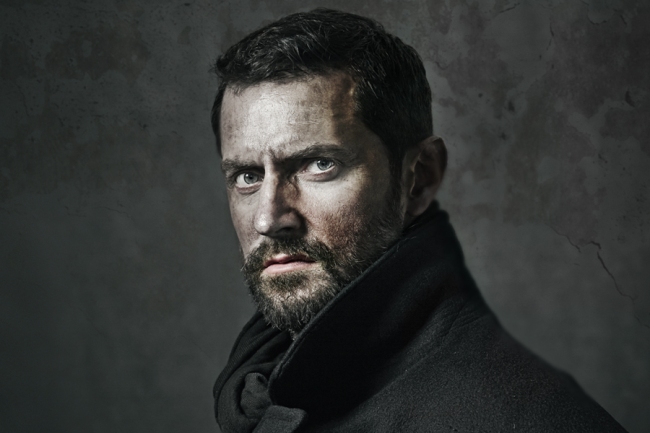 Arthur Miller is having a bit of a moment on The Cut. Just as the gut-wrenching A View from the Bridge bows out in bloody fashion at The Young Vic, at the other end of the street, its more stately elder, The Old Vic reprises The Crucible, Miller’s tale of the Salem witch hunt.

The Crucible may just be my favourite Arthur Miller play. It’s a gem of a piece of drama – a cracking story with plenty of boo-hiss villains and honest country folk being merrily trampled by utterly nuts authority figures all told in Miller’s stylish dialogue. It’s dark and sinister, packed full of suffering, hypocrisy, bonnets and archaic speech (‘sit ye down’!).

A drama this good deserves a fantastic reprisal and this Old Vic Yaël Farber-directed production draws out the angst and the madness to deliver a play of brutal intensity.

The Crucible is, of course, Miller’s allegory for the McCarthy communist witch hunt in 1950s America, but even discounting this second layer the plot is a cracker. Nine months before the curtain rises to find Mary Warren rolling around on a bed, in the grips of a fever (which the locals have – easily – confused with being possessed by the devil) farmer John Proctor had an unfortunate rumble in the haybales with the family’s maid, Abigail Williams. While John and Abigail keep watch over the sick girl – not exactly the most romantic of situations – Abigail attempts to rekindle their former fling. Hurt by John’s rebuttal, Abigail, encouraged by her elders talk of the devil, seeks a revenge so deadly that it decimates the whole town of Salem. The rumours she starts legitimise the authorities to murder and these moralistic men are sent into increasing spirals of madness and power lust until the town of Salem lies derelict and smeared with the blood of its innocent population.

Incidentally, Salem in this production lies nearer to Manchester England than Massachusetts (a link to Lancashire’s own witch hunts?), which is probably more accurate considering it’s unlikely that these early settlers had already perfected an American accent in 1692.

John Proctor must be a fantastic role for an actor, he’s up there with Shakespeare’s great tragic heroes, crippled by a fatal flaw and only realising what he’s about to lose when it’s too late. Filling Proctor’s big clopping boots for this production is Spooks and Hobbit star Richard Armitage who is the big star draw here. Armitage has made a career of playing brooding, angst ridden men that never fall neatly on the side of either good or bad, and as Proctor he is called on to crank up the angst factor far beyond dwarf-range. If I were Yaël Farber I’d have him reign it in a little, especially towards the spine-tingling climax where the emotion gets a little lost in the shouting, but he gives a huge, powerful performance in what must be a taxing role both physically and emotionally.

As big a punch as Armitage gives, this is very much an ensemble piece with many fine performances. Fresh out stage school, Samantha Colley hugely impresses as Abigail Williams, Proctor and Salem’s downfall and one of literature’s great villains. Gosh Abigails’ bad – and so unrepentant! – and Colley plays her with that deflt innocence and malice that the part demands. In a cast of great depth, other standouts include Harry Attwell as Thomas Putnam, Anna Madeley as John’s long suffering wife Elizabeth and Jack Ellis as the ruthless Deputy Governor Danforth who could probably project his crystal clear diction across the river.

A few niggles: the Round (handily crucible shaped) may have many advantages, especially I should imagine if you’re on (in?) it, but the bowl-like shape of it means actors’ words can get a little lost in the stew of dialogue when you’re up in the Lilian Baylis. This was a preview I saw and I wouldn’t be surprise if they tightened the production up at little – at 3 hours 40 minutes you could fit two and a half performances of A View from the Bridge into it – and there were a few flabby scene-setting moments that look pretty but delivered little. That said, this is too good a production for you to notice how long you’ve been sat there (your knees may tell you otherwise).

Farber’s Crucible is pumped full of heart and passion (perhaps, at times, it cup runneth over with emotion) – and Miller’s great story is given a rapturous reprisal that’s almost matched in intensity by the ecstatic applause at the curtain call.